Last year President, Peter Farrow, felt a new event was necessary during the gloomy days of March and came up with his ‘Winter Warmer”.

This involved conventional bingo cards with the numbers called by Steve and John asking general knowledge quiz questions every two numbers. Members were in teams of two or three.

Altogether two full rounds of Bingo were played won by Adrian Bromiley and Gary Cook, while 60 General Knowledge questions were asked in two sessions. The Quiz was won by a team of Eddie Oates, Derek Griggs and Adrian Marriette, with a score of 43 out of 60.

Altogether a very well organised event with food supplied by Peter Mitcham and sponsored by the President and Vice President. Thanks to them from all who attended. 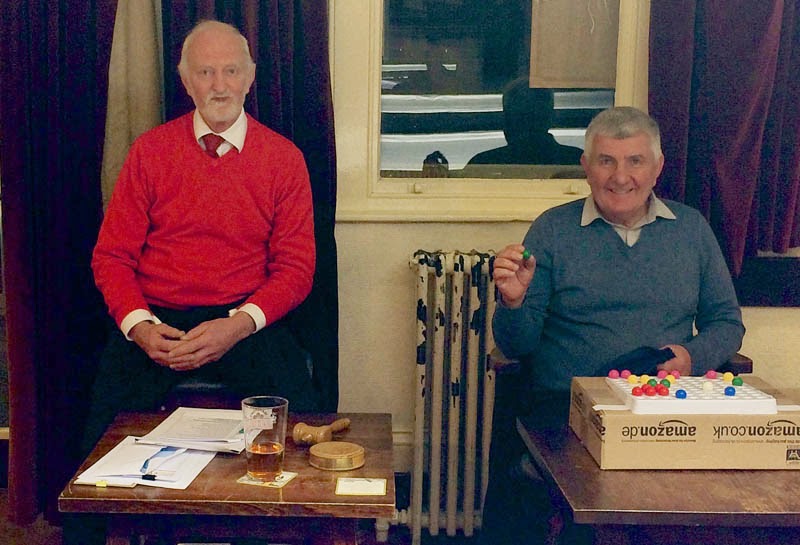