Skip to main content
The annual trip to Haydock races took place on 4th July, and was once again well attended with a full coach leaving the car park just on 4.30pm, the usual tipsters from the club spent the journey studying form, and comparing selections, while the rest of us made ready our pins for choosing our horses.  While the traffic caused a small delay we arrived in good time for the first race.
Upon arrival the bar was busy as the weather had driven many racegoers inside, but we manged to secure a table that was close to the grandstand, betting booth, and a television showing the world cup, so a good evenings entertainment was getting underway.
A steady stream of members were to be seen making their way to the betting booth and bar, some returning with a big smile and a drink, some just with a drink and an expression that can only be described as bitter disappointment !
As the president could not attend he very kindly left a donation with the treasurer to place a bet on his behalf with instructions that should there be any winnings a round of drinks should be purchased.
As the evening progressed it was obvious there were winners and losers, but as we made our way back to the club later, everybody agreed that we had a great evening at the races, that the presidents horses were probably still running, and that one of our number is a fashion icon. 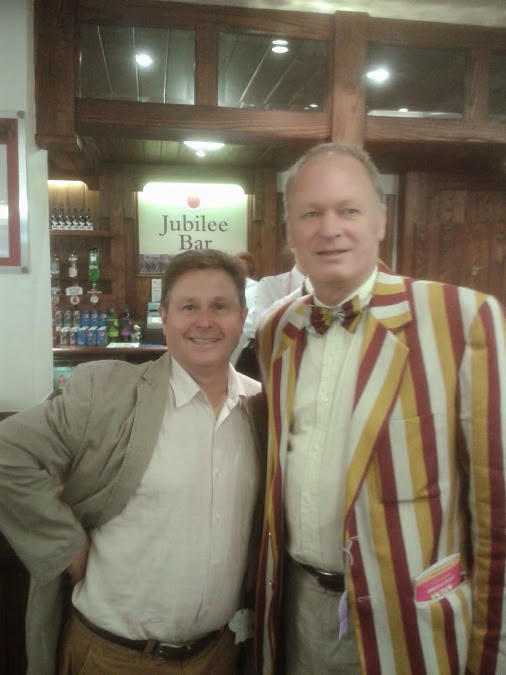