Skip to main content
Another President’s day has been and gone, if you were not there’ you missed a great day’s entertainment. The weather was fine for the bowling, the green once again was in fantastic condition and made the bowling very competitive.
The snooker competition was once again very close. A few memorable frames, with some even more memorable misses at crucial points eventually saw Barry Baggot play Peter Farrow in a very good final. 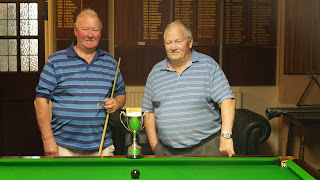 Snooker finalists Barry & Peter
After a very tense opening and some great positional play by both players, a few reds were potted by Barry, Peter responded with some fine shots of his own, but in the end Barry Baggot claimed the presidents day snooker championship and looked very pleased when he received the cup and prize money from vice President Rod Sugden. 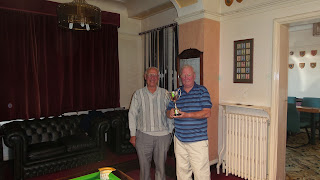 The Dominoes was won by Mark Broughton who was a worthy winner of the first Dave Benney memorial cup. As it was Mark that donated the cup he was a a popular winner with all those attending the day. 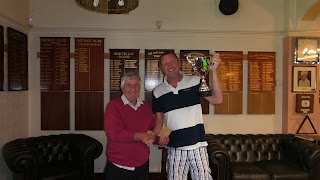 Mark Broughton was presented with the cup by club president Steve Denny
The bowls competition was won by new member Richard Germaine who beat Joe Cross in another close final. 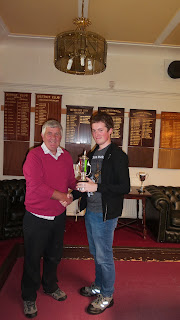