t’s October again so it’s time to launch the 2021 Xmas Draw, tickets are the usual £2 per block & £10 per column. Please write your entries on the board and pay via the till. Or like last year if you cannot make it into the club then please enter via the buttons below, you can buy multiple blocks or columns.

The draw will take place on the 10th December and the evening as usual will include food. 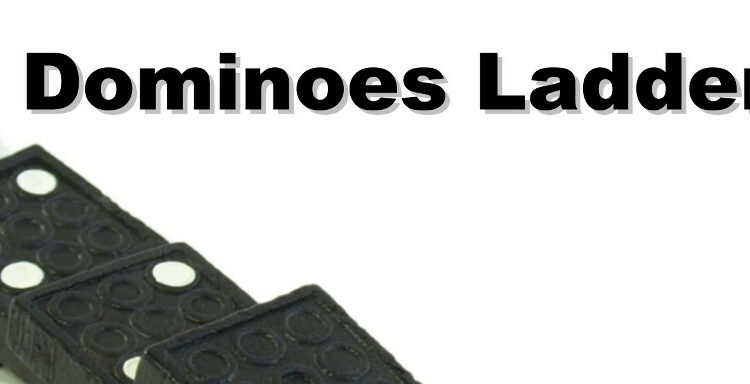 The annual Dominoes Ladder League will start on the 1st November 2021, please signup on the club noticeboard and pay your entry on the till.

We now need to meet the various government regulations with our plan to reopen the club from next Tuesday the 7th of July. In this note, I will detail the various points that will take effect. and give you some of the thinking behind it.

However much Council does in this regard, it is vital that members also consider the various aspects and carry out action themselves on the lines laid out for their own protection.

We need to keep a record of the people using the club for the various track and trace objectives of the government Coronavirus policy. To meet this requirement we have placed a new book on the desk inside the front door where members should enter their time of arrival and put their name in a printed legible form. It is possible the Government could instruct the closure of premises not complying with this requirement.

The actual distancing of people was originally set at 2 metres and for most purposes is now down to one metre with obviously the possibility of further change. We do not consider it necessary to place markers around the club showing spacing relying upon the common sense of the members to keep themselves distanced adequately from each other members.

One of the most important strategies for handling coronavirus seems to be the continuous proper washing of hands and the use of hand sanitizers to both protect oneself from surfaces that you touch and to prevent the spreading on of germs on surfaces. To meet this we will no longer have roller towels around the club and have also stopped the usage of the blower hand dryer. We have installed paper towel dispensers both in the toilet and the bar area with new bins especially to collect the used towels. Once again, we can only ask the sensible use of hand washing and sanitising on the premises by members for their own protection and that of others.

Whilst our glasswasher reaches sufficient heat to protect from the virus there is a problem in that members have failed to use this properly in the past and just left glasses lying around for others to clear. Based upon this, we feel it necessary to stop the use of glassware for the present and instead arranged the usage of plastic glasses, cups and cutlery which can be placed in the other new bin in the kitchen area after usage.

Hand sanitizers are important in the strategy to protect members and initially, we intend nine hand sanitizer bottles around the club together with notices encouraging their use.

As regards the distancing of members it is obviously important that we no longer have people standing or sitting at the bar and the social use of the club is more generally spread than previously. There is adequate space for distancing around the snooker tables and obviously outside on the green. The area in front of the bar where dominos has been played, however, is a different matter and we feel fewer chairs should be occupied in that area.

The arrangements for playing bowls should continue as they have for the recent weeks, other than the access to the green through the club and the availability of toilets. The club jacks and mats can also be used but we must stress the need to sanitise them regularly as well as your hands before and after playing.

The playing of snooker and dominoes is less clear. In late June the World Professional Billiard and Snooker Association asked the government about the opening of snooker clubs and eventually got the answer “Licensed premises will be able to open from 4 July in their capacity as bars and restaurants but not for indoor sports use.” It Is easy for us to argue that without leagues and formal play we have what is more an adjunct to a bar than indoor sport, similarly with dominoes, rather than that which the WPBSA was seeking. Members should be aware of this, but it is very likely like other matters the guidance could be changed in the blink of an eye. At an appropriate time, the playing of dominos could move to the Drummond room where the bigger tables would allow people to sit at least one metre apart while playing in fours. We are sure that members will think of their own safety in terms of the spacing with other members. As with everything else the key issue comes back to reasonable distancing and regular washing and sanitising of hands

For the present we consider that the club should be used by members only with perhaps other members of the same family being acceptable, anybody bought in from the family should be also recorded in the register with a note of the relationship.

We do not believe that more than two people should use the toilet at toilets at any one time and think the middle urinal should not be used to maintain adequate distance. Reference has already been made to hand washing and sanitising.

The regulations regarding bars as published by the government seem to emphasise those establishments that have employed staff and little relevant to our situation. Council believes that the number of people going into the bar area should be restricted and only one person at a time be in the bar area. The kitchen area could also have one person. Around the club and particularly this area there will be packets of antiseptic wipes which we encourage members to use on appropriate surfaces (not exclusively) such as following is the wooden edge of snooker tables communal cues snooker balls, bowls, jacks and mats as well as door handles etc bar surfaces, till etc.

As well as members wiping surfaces etc for their own protection We will be establishing a much more thorough wiping of services during the week to try to ensure the best possible protection for members.

The government has agreed a limited return to the playing of bowls. It is indicated that further easing of these restriction can be hoped for shortly if these initial measures work.

All leagues and external competitions have been cancelled for this year. We will have to see how matters progress for the Club competitions.

1/ Members only, this is vital.

2/ Members cannot go into the Club or use the toilets.

3/ Members should only play alone, with members of your household who are Club Members, or with one other person from outside your household, while practising social distancing.

4/ You must only use your own woods, block and mat brought with you. Bring your own hand sanitizer etc. with you

5/There will be a sheet of paper and pens in a plastic sleeve under the lean-to at the side of the club. You must put the time you start, and finish, the date and the names of all playing in legible writing.

7/ One hours playing time unless there are less than 2 blocks on the green. If other members are waiting please be practical

8/ No spectators other than members waiting to play.

9/ Maintain social distancing at all times, both playing and waiting.

Please remember these conditions are for the health of all of us, not just some fancy. The recording of who has played for any future contact tracing is vital as ensuring we learn if anyone subsequently suffers from Coronavirus.

Peter Cotton, the Club Safeguarding Officer, should be contacted if there are any issues of any sort. ‭

The recording of who has played is important in the Government’s plans for any tracing of contacts.

Maintain social distancing at all times.

The jack will need regular sanitizing and you must be careful about touching your face etc as is stressed to us continuously nowadays.

We will be putting a notice covering these points on the glass of the conservatory so that members can see these points when going to play.

We cannot stress enough the importance of following these government conditions if we are to be allowed to continue playing any level of bowls and indeed if we are to progress to phase two with more freedom,

Hopefully, this message finds you and your family still in good health.  Whilst this lockdown is still very necessary it does feel a little as though we are missing out as the events should just be starting for this year but the club is still closed and empty.

As a club, we have always supported and helped other members and so we would like to remind you that if you are struggling or feeling isolated then the club and its members are still here.  As such we just wanted to remind you that you can contact us.

We are all facing difficult times and some members may be finding daily life more trying than others. If you live alone or need help of any kind please ring me on 07770499631. You will appreciate my help is very limited but I don’t want any member to feel more isolated than we actually are.

​​​​​​​It has been decided to close the bowling green from today until further notice.

Stay safe till we meet again at the club.

Following the government announcements today the District Club will be closed to members until further notice.

The side gate will be left unlocked to allow access to the bowling green only but there will be no access to other facilities (including jacks & mats).

This is not an ideal position but we need to play our part in fighting the current pandemic.